When we arrived at the Twee Rivieren entrance gate to the Kgalagadi Transfrontier Park, the check-in was as usual, quick and easy.

We deflated our tyres and made our way to lunch at the Auchterlonie Museum and picnic spot overlooking the Auob riverbed. It was while driving alongside the Auob that I was truly amazed, for the first of many times, by how lush and green the park is post-rain. Think more Kruger than KTP, more bushveld than red sand, it really is quite phenomenal, especially if you are used to the park in its winter livery. We later heard that there had been heavy rainfall in the previous week and the flora was loving it. The birdlife is remarkable this time of year and we were stopping regularly to identify and observe the plethora of species.

This meant that we would drive slowly, which in turn improved our odds of seeing other game and we truly had some wonderful sightings.

Loads and loads of them. Insects in your supper, insects in the camp kitchen, insects by the billion in the ablution blocks. Thankfully not many of the biting variety but it did take some getting used to and we were very pleased to retire that night to our gauze protected bug-free tents. Our routine took a pause for an afternoon as we enjoyed a reprieve from driving at the Kalahari Tented Camp. After checking in, we spent the afternoon unwinding, swimming and having a really relaxing braai — which included making bread — while we watched the evening antics of wildebeest and springbok at the waterhole.

We arrived at Nossob Rest Camp to find that there was a fair amount of construction happening, with new riverfront chalets and campsites with an ablution per stand being built. It did not detract from our visit, though. The camp water supply was off more than on during our stay but we are not really fazed as we had our own supply. I think it was partly due to the long grass that our game viewing was not quite as successful around Nossob, but we did have a superb brown hyena sighting and then a thunderstorm on the last night that more than made up for it.

It is a 1 km drive from the lodge to Cape Town, which is a long but do-able haul. Still a guiding spirit of the Sierra Club and the soul of the Wilderness Society and many regional groups, this environmentalism arises from love of beautiful landscapes: the highest mountains, deepest canyons, and most ancient forests. As a movement, it began in the late nineteenth century when America's wealthy discovered outdoor recreation and, inspired by writers like Sierra Club founder John Muir, developed a reverence for untamed places.

For these American romantics, encounters with the wild promised to restore bodies and spirits worn down by civilized life. Today's romantic environmentalists blend this ambition with a delight in whales, wolves, and distant rain forests.

Muir's environmentalism contains the idea that our true selves await us in the wild. Another type, managerial environmentalism, puts the wild at our service. This approach is a direct descendant of the Progressive era's hopeful reformism, specifically of Teddy Roosevelt's forestry policies; it makes its basic task the fitting together of ecology and economy to advance human ends.


Pragmatic, market oriented, but respectful of public institutions, managerial environmentalists design trading schemes for pollution permits at the Natural Resources Defense Council, head up programs at the Environmental Protection Agency EPA to collaborate with businesses in developing clean technologies, and envision global environmental standards advancing alongside free trade accords. In their wild-eyed moments, they imagine a high-tech economy that follows nature in producing no waste or, like The New Republic 's senior editor Gregg Easterbrook, genetic engineering that will turn carnivores into grass eaters and bring lion and lamb together at last.

Although it began among policy makers, this managerial attitude is gaining ground in the optimistic culture of Silicon Valley and has many adherents younger than The environmental justice movement is another thing entirely.

Only an idea a decade ago, this effort to address the relationships among race, poverty, and environmental harm has come to rapid prominence. Grass-roots projects in inner cities and industrial areas around the country have drawn attention to urban air pollution, lead paint, transfer stations for municipal garbage and hazardous waste, and other environmental dangers that cluster in poor and minority neighborhoods.

Eight years ago, romantic environmentalism was virtually the only movement that engaged students on college campuses; now young activists are equally likely to talk about connections between the environment and social justice or, on an international scale, the environment and human rights. Environmental justice follows the tradition of social inclusion and concern for equity that had its last great triumphs during the civil rights movement and the War on Poverty.

Some of its landmark moments are court cases ruling that federal projects can be challenged when they concentrate environmental harm in minority areas, which have begun to extend the principles of civil rights to environmental policy. The environmental justice movement also reflects the populist streak that emerges in American politics wherever an isolated community finds itself up against big and anonymous institutions. 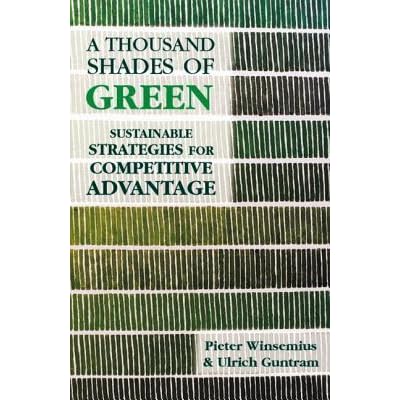 When "environmentalists" of such different experiences and sensibilities address the same issue, it is no surprise that misunderstanding and acrimony sometimes result. This tension was evident two years ago when the Sierra Club came close to endorsing strict controls on immigration to slow development and resource use in this country. The organization's justice-oriented members were outraged, as they had been over the waste-siting disputes a few years earlier.

For the pure romantics, the concerns about poor communities and international equity didn't seem "environmental" at all.

Meanwhile, the impassioned dispute was all rather alien to the measured rationality of the managerial environmentalists' plans for efficient resource use. But our several environmentalisms are learning from their interactions, and it is possible that the lessons will be good for them all. Romantic environmentalism has long withheld itself from cities, suburbs, and factories, sometimes following Muir in treating these as fallen places where nothing beautiful will grow.

The other environmentalisms have challenged this idea by insisting that "the environment" means the space where we live and work, that the built environment of Manhattan and the industrial environment of the lower Mississippi matter as much as the ecosystem of Yellowstone. The change brings environmental concern home to cities and neighborhoods, where people live. This domesticated environmentalism is crystallized in the debates about sprawl, "smart growth," and the design of communities. Communities that decide to make walking or bicycling easy, develop dense housing in return for set-asides of open space, and foster neighborhoods where living, working, and shopping all happen on the same block, are addressing an environmental problem with an environmental solution.

Attention to these domesticated environmental concerns thus corrects a huge blind spot in romantic environmentalism's sometimes exclusive commitment to wilderness. It can also help to bridge a basic gap in the policy proposals of managerial environmentalism.

Those proposals concentrate on technological innovation: taxing greenhouse gases, devising permit systems for pollution, and otherwise inventing better devices for living as we already do. The paradox that dogs the managers is that because their policy proposals generally cost money to ordinary people, big industry, or both, they stand little chance without a ground swell of popular support; yet they are just the thing to induce a fit of napping in the average citizen, whose visceral concern for the environment does not carry over into an interest in the tax code.

Policies that foster, say, responsible logging, farming for stewardship, or sustainable grazing on public lands have more appeal when they come not as insights of microeconomic analysis and resource management but as part of a proposal that the work we do in nature is more appealing and honorable when it respects nature's requirements. Most of us care little about supply and demand curves, but a fair amount about where we live and how we work.